In an online launch on January 28th, 2022 the paper "Just Transition in the Palm Oil Industry" has been presented to an English-speaking audience for the first time. The authors try to unite the different perspectives and interests of environmental activists, indigenous communities and workers, aiming to develop a Just Transition approach

On Friday, January 28, the English launch of the paper „Just Transition in the Palm Oil Industry“ took place, as an online event that was organized by the AG Ressourcen of Stiftung Asienhaus, Sawit Watch, Transnational Palm Oil Labour Solidarity Network and Brot für alle with TPOLS secretary Rizal Assalam moderating the event.

Previously there had already been a launch in German. The recording of the current event can be found here.

Introduction of the project

Hotler "Zidane" Parsaroan (Sawit Watch), one of the authors, started by giving a brief overview of the project which began in 2019 when they started having conversations with workers and environmental activists in Indonesia about a sustainable and just transition of the palm oil sector in order to be able to connect conceptual ideas with workers’ experience on the ground. The objective of the project is for workers to develop an independent mindset towards a social and ecological transformation. At a final stage they hope to create a broader coalition for Just Transition.

The project was conducted in three provinces in Indonesia, but they plan on upscaling to Malaysia in the project period which ends in 2025.

In Indonesia more than 22 Million hectares are used for oil palm-plantations, 16-20 million workers are employed in this sector, most of them precarious workers, many are women.

Zidane referred to data published by Greenpeace according to which the palm oil industry was responsible for 382 Million tons of CO2 emissions between 2001 and 2019 which is the equivalent of 60% of the annual emissions of international aviation.

Zidane emphasized that a closer look to the diversity of „worker identities“ is important. Some of them are locals or indigenous, some are migrants and some are seasonal workers.

Fitri Arianti, Indonesia Rainforest Action Network Coordinator and co-author of the paper, continued by explaining the direct environmental impacts on palm oil workers who are exposed to many hazardous and environmental impacts in their daily lives. Examples of this hazardous work environment are the use of pesticides and other toxic chemicals which are impacting women’s reproductive health, the unrealistic and dangerous workload as well as the exposure to haze caused by forest fires. These hazardous working conditions are going to be exacerbated by climate change which will lead to more extreme weather and irregular fruit yields. Also, migration driven by climate change will increase. The drought in some areas of Indonesia is already driving people to seek employment in the palm oil industry. Estimates show that by 2030 80 million full-time jobs will be lost globally, 60% of which will be in the agricultural sector, which includes the palm oil sector.

What is Just Transition?

The concept of Just Transition was initiated by the American trade union “Oil Chemical and Atomic Workers Union” (OCAW) in the 1970s under the leadership of Tony Mazzocchi. At that time there was a lot of environmental pressure for factories to close down because of their contribution to pollution. Workers were demanding a “superfund for workers”, so that not only the industry, but also the workers had the opportunity to transition, and the government wouldn’t put the burden of environmental restoration on the workers. This is the idea that underlies the paper’s approach.

The third author of the paper, Michaela Haug (Department of Social and Cultural Anthropology, University of Cologne), then proceeded by introducing one of the alternatives to large palm oil monocultures. The vision introduced in the paper, is a rights-based approach with mosaic landscapes that are more ecological sustainable, respects the rights of local communities and provides space for diversified, self-reliant smallholder economies in which oil palms are grown alongside other crops. Many indigenous communities and local farmers in Indonesia have preserved the forests and practiced a sustainable way of life by using a diversified economy that leads to a mosaic landscape which consists of fields, small-scale plantations and patches of forest.

Advantages of this Mosaic landscape are ecological sustainability because the plant diversity supports biodiversity, and soil dehydration can be prevented. In addition, mixed crops and organic farming methods can reduce the use of chemicals, the deforestation of large forest areas can be prevented and allow for cyclical growth patterns. It is also socially sustainable because local and indigenous communities can profit from mosaic landscape as they correspond to their traditional patterns of land and resource use and there would be no expropriations and evictions for the establishment of large-scale plantations. Instead, customary rights could be recognized, and local communities have the opportunity to integrate oil palm into their existing diversified portfolio.

The mosaic landscape the team envisions is based on independent smallholders rather than smallholders tied to plantation schemes. The farmers are thus not dependent on the crop and better able to respond to changes in prices and demand and additionally they can grow food for their own consumption which in turn contributes to food security.

Palm oil production in mosaic landscapes might be less profitable than in monocultures. However, in view of the current overproduction crisis in the sector, a strategy that only focuses on higher yields per hectare is quite short-sighted.

The mosaic landscape approach pursues other kinds of well-use. It provides stable and resilient incomes for independent farmers, and also avoids poverty. It reduces the future costs of climate change and environmental degradation, supports food security, health and well-being of the local population.

While the mosaic landscape aligns well with demands of indigenous populations and environmental justice movements, the question is ‘How does this model absorb workers and provide alternative livelihoods for them?’ One possibility would be to include workers as recipients in the land redistribution of plantation areas so that they can become oil palm farmers who can diversify crops in the long term. Another possibility is the downsizing and restructuring of the existing plantation management to a mosaic landscape. Workers would still work for the oil palm company but manage a diversified landscape of small agroforestry oil palm units. A third option could be abandoning the plantation economy completely and switching to a low carbon economy. Workers could be trained and employed in community-based conservation and restoration

These are only a few pathways that could exist alongside each other, but new alternatives could be identified in a future dialogue of workers, indigenous people and environmental justice movements.

In the paper potential labor positions towards key environmental demands in the process of Just Transition were elaborated, but since the whole paper only represented a preliminary perspective, the next step will be to have deeper conversations with the workers on the ground to confirm their views and understand their concerns. Another major concern will be to help workers approach environmental problems as something that affects them too in their everyday lives and also to explore the shared experience of land displacement as a result of large-scale oil palm monoculture plantations. A lot of work needs to be done to build solidarity among the different groups.

After the presentation of the paper, different commentators gave their assessment of the situation and shared their personal experience in the palm oil industry.

The representative of the Food and Beverage Labor Union (FSBMM), Eko Sumaryono, focused on the need for better working conditions in the palm oil production and to improve the welfare of workers. Therefore, the FSBMM is conducting health and safety training and risk assessments. He also emphasized that not only environmental issues, but also land rights need to be taken into account. Herwin Nasution Serbundo mentioned the gendered dimension of the issue. Women account for 65% of the workers in the palm oil industry, many of them are impacted by the chemicals which can negatively impact their reproductive health. Therefore, he sees organic fertilizer as a promising solution. Another important challenge he mentioned is the lack of willingness by investors, companies and the government to follow a Just Transition approach because by continuing the way it is, they can continue to profit. Yason Ngeli, an activist from West-Papua (Lao-Lao Papua) points to the possibility of conflicting interests between different groups which makes building a common stance difficult. One possibility to overcome this struggle is to not only limit the movement to the heads of unions, but rather include the grassroots. Isaac Rojas (Friends of the Earth International), once again stressed the intersecting interests of workers with women rights and indigenous rights. Because the Just Transformation is a new concept, he emphasizes that it needs to be built together. Only by including different interest groups the influence of profit-oriented governments and investors can be overcome. All commentators highly stressed the importance of organizing for a socially and ecologically just transition to happen.

The commentator’s input was followed by a discussion that highlighted another very important aspect: the role of NGOs in providing awareness and education for workers about the environment and how it affects them. Only when workers know about their situation can they unionize and fight for their rights. Another problem that needs to be overcome in this respect is that workers in the palm oil sector often live in remote areas and can therefore not get together and organize easily.

The event ended with the three authors acknowledging that so far, the Just Transition in the Palm Oil Industry is still only a vision. But, by constantly exchanging ideas and engaging with workers and thereby understanding their concerns and hopes and seeing them as active participants in this process, they hope to eventually reach the goal of a socially and ecologically sustainable and just palm oil industry. 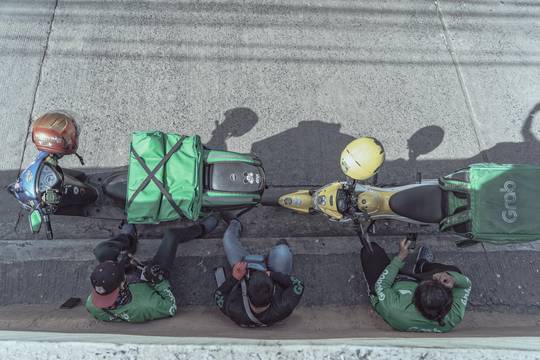 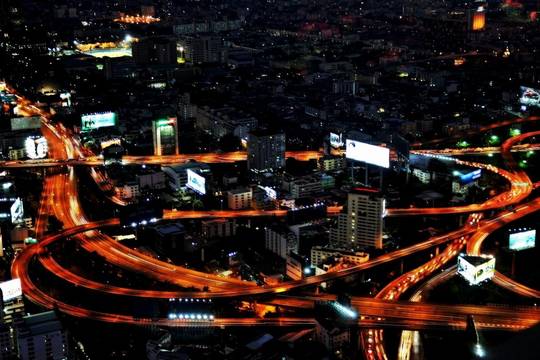 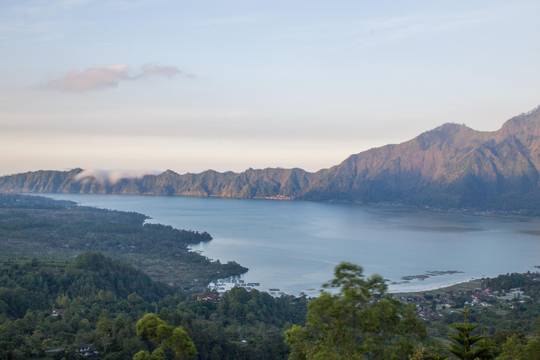