Through the centuries, women have survived violence in Timor-Leste. They were actively involved in the fight for independence. But only fragments of their history have been written and remain largely invisible on a sociopolitical level. A contribution by Berta Antonieta Tilman Pereira. 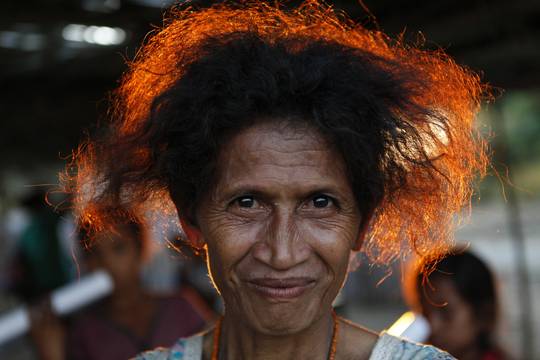 Women showed great courage in the long struggle for national independence, without their revolutionary acts during this time, the outcome may be different today.

They were empowered and their contributions were recognized. While women at present remain just as strong, they must continue to fight for their own political and economic liberation. An ongoing struggle against the patriarchal, colonial, and traditional forces that seek to disenfranchise them, which Berta Antonieta Tilman Pereira highlights in her contribution.

Countless East Timorese women saved their families and protected their communities by living with Indonesian soldiers or police or being forced into prostitution by the Japanese military in WWII. But, the women who sacrificed their lives in this way and their children are ostracized from Timorese society even today. Instead of recognizing their sacrifice as a heroic deed saving lives, society judges them and treats them as traitors.

But these women are not victims, they are resilient survivors. Every woman is an act of resistance against the twin faces of patriachry and their history on this land stretches back centuries. Their voices are worth listening to and learning from to shape a future of Timor-Leste for all.