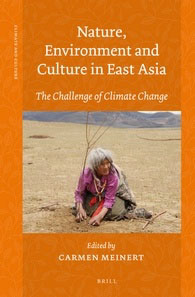 During the last 20 years, the protagonists like the topics, the strategies as well as the function of environmental groups (or "ENGOs") had undergone vast changes. Internationalisation and professionalization had also played their parts in influencing the working style of those involved with NGOs.

While many articles focused on the specific relationship of the NGOs with governmental agencies, in her contribution "Chinese Environmental Movements: Civil Society Discourses on Climate Change and Environmental Protection" to this edited volume Nora Sausmikat reconstructs the discourses and strategies of environmentalists during the last 20 years.