In 2019, with international guests in attendance, East Timorese celebrated the 20th anniversary of their independence referendum and the multinational mission of the International Force East Timor (INTERFET). They celebrated Timor-Leste's path to peace, stability and democracy. Monika Schlicher and Maria Tschanz have spoken to people reflecting upon what has been achieved so far and the challenges still facing them. 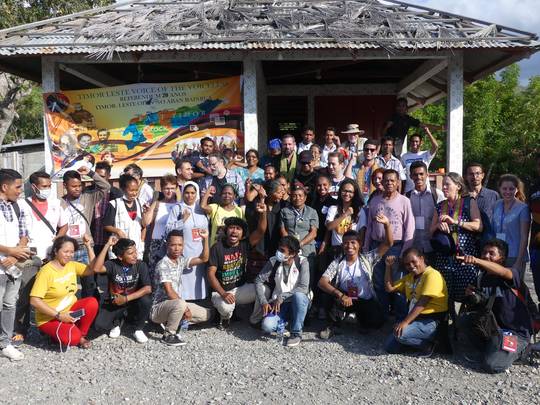 Then as now, side by side in solidarity with Timor-Leste © Monika Schlicher 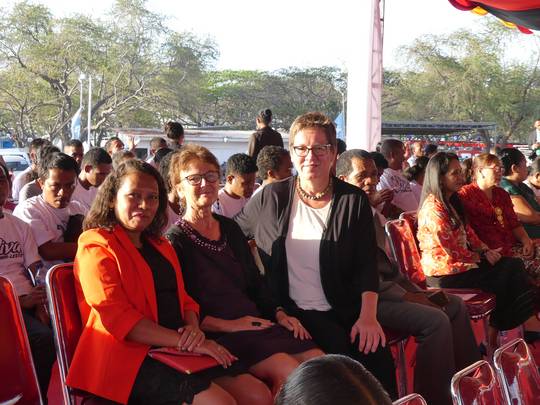 Interviewee Maria José Guterres, director of Fokupers, with authors Maria Tschanz and Monika Schlicher at the official ceremony of the Celebrations for the 20th Anniversary of the Referendum (Popular Consultation) of 30 August 1999 © Monika Schlicher

In contrast to ten years ago, Timor-Leste is no longer perceived as a fragile country in crisis. The demonstrable successes the country has achieved in terms of democracy and peace consolidation are remarkable, even if there undoubtely remains a lot of work to be done to consolidate these democratic advances.

Formerly, this negative assessment had held the East Timorese in a position of despondency. This is no longer true: They look upon the development of their country with great pride, having taken an increasingly active role in shaping their own future. Their persistent and successful struggle for self-determination has left them with
renewed power and confidence.