Two years ago, at the 9th AEPF, my husband, Sombath Somphone, as the Co-Chair of the National Organizing Committee, gave the keynote speech at the opening session of the Forum in Vientiane, Laos. He was at the time both happy and excited that after months of intensive preparation, the AEPF9 was officially declared open by no less than Laos’ Deputy Prime Minister. More than 1,000 people representing civil society groups and organizations from across Asia and Europe participated. As a Lao, Sombath was proud that his country could play host to such a major civil society forum.

Over the next few days between October 16-19, the forum participants passionately discussed, debated, shared, and exchanged lessons on common challenges and issues of poverty, social polarization, inequalities, indebtedness, and unemployment faced by ordinary folks in the countries of Asia and Europe. The energy level was high, and the panel discussions were animated, inclusive, and constructive. The participants eagerly presented their ideas and experiences, and worked hard to present the “People’s Vision” of shared hopes and aspirations which became incorporated as the final statement from the AEPF9 to the leaders of the ASEM countries for their deliberation and consideration for action in the follow-up ASEM Meeting.

By all estimation, and publicly acknowledged by the International Organizing Committee, the AEPF9 was considered one of the most successful People’s Forum ever. Then on 15 December 2012, two months after the close of AEPF9, Sombath Somphone was disappeared. He was last seen stopped at a police post in Vientiane and taken away by a white truck. The entire sequence of Sombath’s abduction was recorded by the state-installed traffic-control camera, and the footages of the abduction have since been shared on You-tube.

Sombath’s disappearance shocked the whole development community in Asia and beyond, and his abduction was widely reported by most major news media both in print and on television.

Sombath Somphone is Laos’ most respected civil society leader and community development worker, whose work over 30 plus years was known throughout Laos and the Asian region. His dedication and leadership in community and youth development had even won him the Ramon Magsaysay Award, Asia’s equivalent of the Nobel Prize, in 2005.

After his abduction, numerous government leaders across Asia and Europe, as well as representatives from international development and human rights organizations have expressed concern and appealed to the Lao government authorities to conduct full and transparent investigation, find Sombath, and return him safely to me and the family. My family and I have also made numerous appeals to the leaders of the land to use the power and resources available to the state to resolve the case. Laos has signed the UN Convention Against Enforced and Involuntary Disappearances, and hence treaty-bound to address Sombath’s disappearance expeditiously, responsibly, and justly.

Now, after nearly two years, I have received no news of Sombath’s whereabouts. The Lao Government has promised to investigate, but so far, the authorities have repeatedly said they have still found no trace of Sombath or who was behind the act. To this day I am still in shock and in grief, and I continue to urge the Lao authorities to continue to investigate and find Sombath.

Two years on, I am also still trying to make sense to what had happened; what and who could have caused Sombath’s disappearance. Over the past two years, I repeatedly asked myself whether it was Sombath’s active and high profile involvement in the planning and organizing of the AEPF, and the discussions of people’s rights at the Forum that had triggered his abduction? Could he have crossed some unknown political line by his active championing for expansion of space for civil society engagement that had annoyed some powerful people? However, from what I understand, the AEPF was supposed to be a safe space for open dialogue and meaningful discussion for change, and that the host government was duty-bound to guarantee such safety to all involved. So why would Sombath’s engagement with the AEPF caused his abduction? I still have no answers to all these questions.

In recalling the events leading up to the AEPF9 and the subsequent disappearance of Sombath, I remembered alerting Sombath to possible risks to his personal safety by his active engagement in the AEPF preparation and planning. In particular I was concerned about his proposed open dialogue and consultations with the Lao communities across the country, knowing full well that such dialogue could open up politically sensitive issues of land and natural resource use, as well as trade and investment consequences on the livelihoods of the local communities. But Sombath always brushed aside my concerns. He insisted that the AEPF provided the Lao people with some real opportunities to give voice to both the positive and negative impact of development policies on their communities. He insisted that these local consultations were never meant to be critical of the Lao government or its political system. In fact, Sombath sincerely believed that the Lao leaders and policy makers would welcome such constructive engagement of the people, and would appreciate their practical suggestions for improvements. He reassured me that the organizers, including himself, had consulted widely with government representatives assigned to manage the AEPF, and all proposed activities were approved before they were carried out. Hence he was confident that he was not doing anything that could be interpreted as politically incorrect. In fact, Sombath and many of the partners, were so appreciative of the Lao consultative process and its outcomes that it was referred extensively in Sombath’s speech, and summarized as the Lao people’s aspirations for better governance, improved economic and social justice in order to build a more “happy” Laos for all. Sombath was optimistic that many of the challenges and crises in Laos, as well as in Asia and Europe, could be tackled through open and frank dialogue and concrete actions between ordinary citizens in partnership with civil society groups and the government.

So, was Sombath’s trust and optimism misplaced? Could he still have been with me and the family were he not to be involved in the AEPF9? I may never be able to get any definitive answers to these questions. But what I do know is that Sombath will never regret his life-long work on people-centered sustainable development and his commitment to education and youth development. He will never regret his vision of balanced development built upon the foundation of good governance and holistic education, and supported by the four equally robust pillars of sustainable economic growth, social justice, cultural integrity, and mindful spirituality. He will also never lose faith in the wisdom of ordinary people, rich or poor, schooled or unschooled, for their capacity to chart their own destiny and build a better world for themselves and their children. He also has trust in the sincerity of most Lao government leaders and their desire to build a strong and prosperous Laos. All that was needed, Sombath insisted, is the ability and the capacity of those in power to recognize the potential of the people, trust them, listen to them, and include them. Sombath believes that together “governments, business corporations, and the people” can pull us back from the brink of the multiple crises we face today, and build a better world for the future.

This vision of Sombath is, I believe, also the spirit that drives the AEPF since its inception 20 years ago. The AEPF’s goal in engaging civil society, academic institutions, and non-governmental organizations and listening to the voices of the people must continue. The leaders in Asia and Europe must sincerely take note of the people’s hopes and aspirations and support the “People’s Vision” to address the world’s development, peace and security challenges. That would keep Sombath’s vision alive, and that would make Sombath’s personal sacrifice worthwhile. Thank you and I wish you all fruitful discussions and a successful AEPF10. 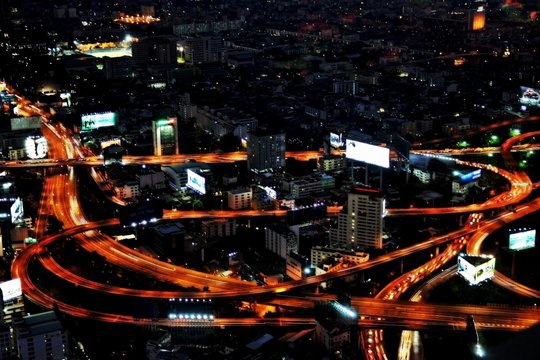 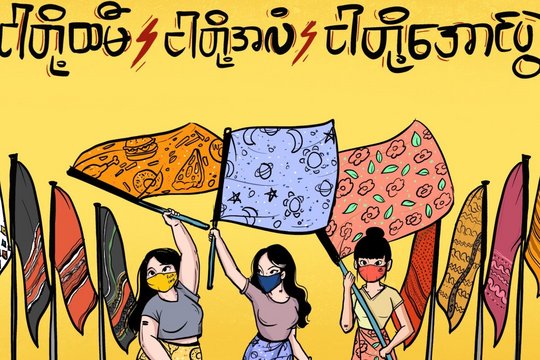 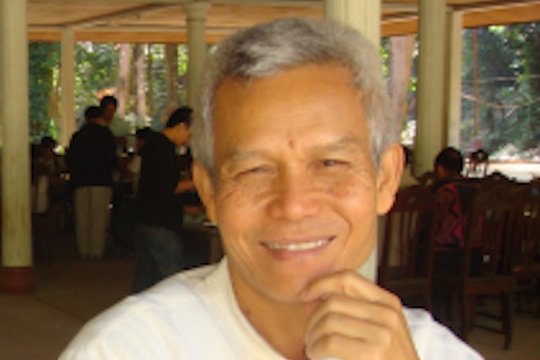