We, more than 650 representatives from 257 organizations and networks in Myanmar, came together in Yangon for 3 days from 14-16 October 2014 to exchange opinions, debate and to assess a wide range of issues currently confronting Myanmar in the context of recent political developments and the transition process that started in 2011.

Myanmar is going through a pivotal stage in its history. Positive steps have been taken during the reform process as the country saw the release of hundreds of political prisoners including people’s leader, Daw Aung San Suu Kyi, ethnic leaders and leaders of the 88 Generation, as well as the signing of ceasefires with the majority of ethnic armed groups, the establishment of Parliament, the creation of the Myanmar National Human Rights Commission, and the loosening of media restrictions. Yet decades old challenges remain, and emerging issues have served to complicate the reform process and put the country at great risk. This forum was initiated with the purpose of reviewing the transition process in order to comprehend the current situation and to provide space for discussion on future collaboration between Myanmar Civil Society Organizations (CSOs).

We urge the Myanmar Government and international community to implement the following discussion points and recommendations made with a view to ensuring a smooth transition to democracy, peace and national reconciliation and the well-being of the people who have been suffering for more than 60 years.

During the 3-day forum, potential solutions for 6 main issues, Law Reform, Peace and Conflict, Media, Hate Speech and Communal Violence, Parliament, Government and Accountability, Economic Reform and Foreign Direct Investment, International Community’s Role and Involvement, were discussed under 6 panel discussions and workshops. Despites the claims that steps have been taken for the transition, after reviewing and assessing the situation thematically and geographically, we have concluded that there have been very limited positive changes and in some cases situations have regressed.

The current transition process has little transparency and is controlled by the government without democratic and meaningful inclusion of democratic opposition forces, ethnic forces, civil society and the people. The liberalization of the economy in the context of a broken legal framework is creating many negative social and environmental impacts as floods of money flow in from abroad. Much of the country still lives in poverty, while the benefits of the economy opening up has mainly benefitted the elite class, many of whom are crony businessmen connected to the Government and/or the Army. Thus many local communities across the country are experiencing the loss of home, land, livelihood, health, education, social security and natural resources in the name of development supposedly for the people and for poverty reduction. The lack of fair land rights and investment laws has resulted in nationwide land confiscations and new large-scale projects being planned and implemented by businesses in partnership with the Government without consultation with the local people.

It is not only pre-transition laws but also new laws such as the notorious Article 18 of the Peaceful Assembly and Procession Law that are being used as a tool for repression. Furthermore, land laws, labour laws, education laws, Myanmar National Human Rights Commission laws and other proposed draft laws only serve to pose restriction on gender equality and religious freedom and do not protect human rights or benefit the people. These laws were processed and approved without the involvement of the concerned civil society and population.

The peace process has stalled after the signing of preliminary ceasefire agreements in late 2011 and there has been fighting in Kachin and Northern Shan State since. There has been a continuation of different human rights violations including torture, extrajudicial killings, arbitrary arrests and rape and sexual assault.

Parties continue to disagree over the proposed nationwide ceasefire agreement and the peace process. Although the process has been on-going for 12 months it is still fragile and there has been almost no participation of civil society, women and youth. Meanwhile in non-ceasefire areas, fighting has resumed. Our analysis of these fighting is that there is a connection between those clashes and investment projects. Furthermore, there has been a growing anxiety about the return of Internally Displaced Persons (IDPs) who have been displaced by the continuation of armed conflicts and widespread land confiscations and the existing refugees on the Thailand-Burma border.

Little has been done to realize a truly democratic system in the country, yet oppressive activities over civil societies have increased. The optimism over loosening of media restrictions has been replaced with a familiar fear, as journalists are being arrested under criminal charges. New media laws limit freedom of expression and allow the Government to have control. Moreover, threats, arrests and sentencing of journalists has further encouraged self-censorship and silence on controversial issues. Most political prisoners were released but some remain behind bars while many more are being arrested.

The act of spreading hate speech and incitement of ethnic and religious conflict across the country since 2011 has reached an alarming point, yet there has been no action taken by the government and finding a solution to the problem still seems too difficult. Parliament is no more than window-dressing without the ability to address the major challenges facing judicial reform and rule of law and has a long way to go in terms of reaching full democratic debate on key issues.

Meanwhile, under the 2008 Constitution, the Burma Army retains 25% of seats in Parliament, thereby ensuring an effective veto on any democratic, and constitutional amendments. Myanmar cannot be said to have genuine democracy until the 2008 Constitution is amended and Parliament is fully elected by the people. Furthermore, the judiciary is not at all independent from the influence and management of the executive branch of Government and the Army as judicial and executive personnel at different levels are from the Army. The result is the lack of rule of law and a widespread deep-rooted impunity.

However, many of the common discourses and actions that we see in the international community have not addressed such issues confronting the transition and some of them have led to unnecessary negative impacts due to the lack of serious consideration about the situation in Myanmar.

Governments around the world have now become much more involved with Myanmar and provide political and technical support as well as support for peace and development. Although the significant increase in the presence of international non-governmental organizations (INGOs) has contributed to the increase in aid and assistance to the peace process, social security, development and other sectors, benefits to the grassroots population has been minimal due to limitations in effectiveness. Furthermore, the prioritization of individual agendas over local processes by the INGOs without enough consultation has undermined the role and capacity of local organizations. INGOs’ support to local CSOs have been ineffective and there have been cases where double standards are applied.

To Government of the Union of Myanmar

We urge the government of Myanmar:

We urge the United Nations 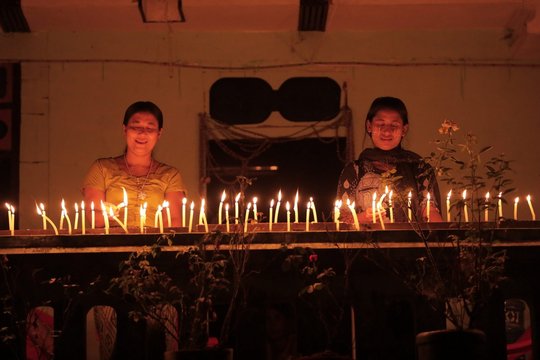 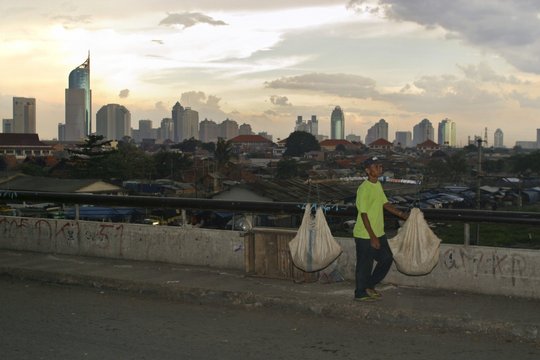