Timor-Leste after the election – Lecture by Kiera Zen

The Institute of Asian Studies at the University of Bonn, the Stiftung Asienhaus and the Asienhaus student group sent out invitations to a lecture on Timor-Leste after the election followed by an open discussion. Kiera Zen, founder of the social- and market research institute INSIGHT reported on the recent parliamentarian elections in May 2018 and the role NGOs play in the young country.

The Institute of Asian Studies at the University of Bonn, the Stiftung Asienhaus and the Asienhaus student group sent out invitations to a lecture on Timor-Leste after the election followed by an open discussion. Kiera Zen, founder of the social- and market research institute INSIGHT reported on the recent parliamentarian elections in May 2018 and the role NGOs play in the young country.

Kiera Zen who was invited to visit Germany by MISEREOR, gave an overview of the challenges the new government will have to face. He also talked about his personal impressions of the two leading figures of the future government coalition Xanana Gusmão and Taur Matan Ruak.

After a grand coalition failed shortly after the election in July 2017 FRETILIN (Frente Revolucionária de Timor-Leste Independente) tried to prevail as a minority government. They however failed twice to get parliamentary approval on their state budget. The resulting 10 month long political deadlock was finally resolved with early elections in May 2018.

Xanana Gusmão is generally known as a charming politician. However his unorthodox methods and his preference for large-scale infrastructural projects lead to criticism of his leadership style. The Investments in infrastructure are on the rise, but the people are left behind, so Kiera Zen. Due to his many accomplishments for his nation Gusmão is viewed as an almost superhuman hero by his people. His human side however is clearly visible in his political decisions, which often haven been poorly communicated in the past.

The hopes for a clear and above all transparent and well-communicated political leadership lie therefore with Taur Matan Ruak, the party leader of the PLP (Partidu Libertasaun Popular). He is also the only politician in Timor-Leste who voluntarily and openly declared his assets during his term as president from 2012 to 2017. It is going to be the task of the AMP (Aliansa Mudansa ba Progresu) to lead the government spendings away from mega projects and towards more employment, more education, a better healthcare system and a diversified economy for Timor-Leste. Reducing the country’s dependency on the petrol industry and shaping country into an attractive tourist destination are long-term goals with which previous coalitions under Xanana Gusmão struggled. The veto power of the president, who himself is a member of the opposition party FRETILIN, might be one of the hurdles to achieving this goal.

Another electoral promise was the strengthening of municipal administrations. This way a decentralization of power would be promoted and the power agglomeration in Dili, the capital of Timor-Leste, could be reduced.

But the AMP as a coalition consisting of CNRT (Congresso Nacional de Reconstrução Timorense), PLP and KHUNTO (Kmanek Haburas Unidade Nasional Timor Oan) is not entirely united in their objectives. Xanana Gusmão party leader of the CNRT has been accused of nepotism and corruption in past terms (2007 – 2017) even by his now-coalition-partner Taur Matan Ruak. The topic of corruption though, was largely avoided in the current electoral campaign. It remains to be seen whether the government will be able to distance itself from such accusations and develop a reliable/credible anti-corruption law at the same time. This, so Kiera Zen constitutes the biggest challenge for Timor-Leste’s civil society.

Since the public condemnation of grievances lead to only marginal successes. He observed that in the last couple of years some NGOs have become more active in lobbying. A dialog with the government appears to have been the more successful strategy to communicate the needs of the population.

The newly elected AMP is going to start its term in mid-June 2018, at which point they will also officially announce who will become the new prime minister and who will hold the other ministerial positions.

It was emphasized in the subsequent discussion that Timor-Leste is facing many challenges in the future, but that it has made constant positive progress in its development since 1999 and is considered one of the countries with the highest level of freedom in Asia. 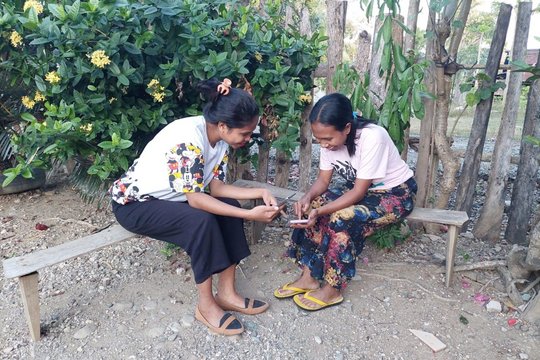 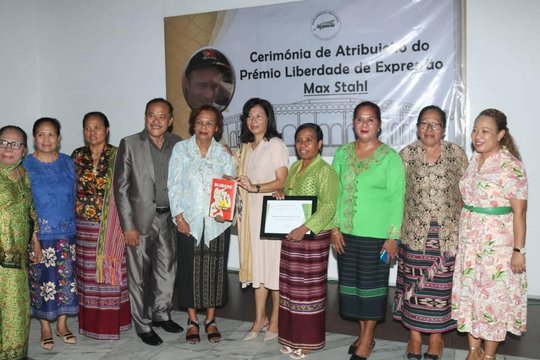